Radon in air is a major source of natural radiation. It dissolves easily in water, which makes it a potential source of radiation exposure. High levels of Radon in water are observed in areas that have deposits of Granite. Radon as well as Radium formed by the decay of Uranium present in Granite gets carried away by water percolating through ore deposits and ends up in well water.

A Radon Bubbler is often used for the measurements of Radon as well as Radium in liquid samples. 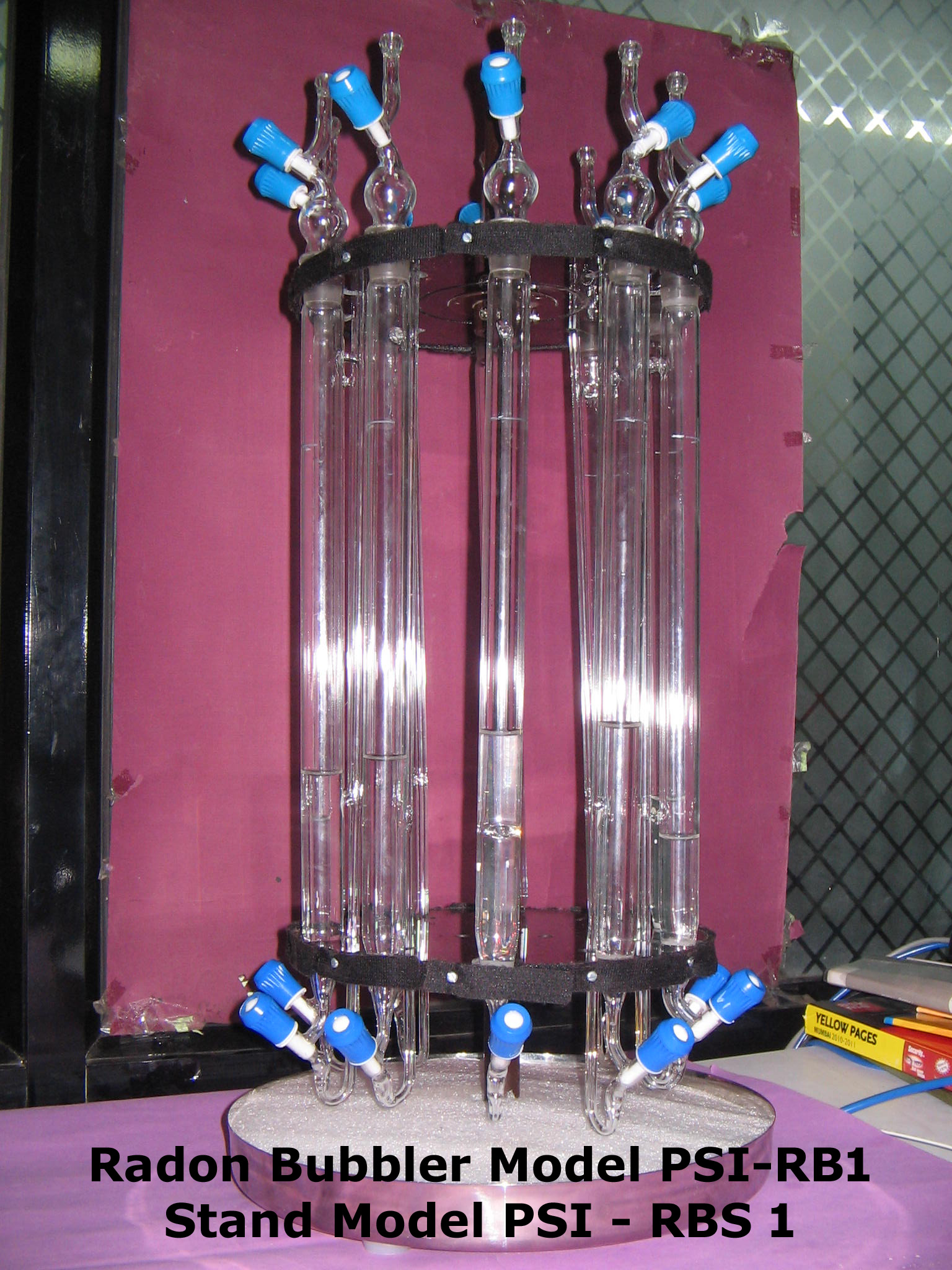 Measurement of Radon and Radium in water samples

A Radon Bubbler comprises an arrangement where in a glass tube is partially filled with the liquid sample. Vacuum is then created on top of the liquid. This action degasses the liquid and therefore the dissolved Radon is forced to come out of the liquid. This released radon is collected in a evacuated Lucas Cell and is measured subsequently.

For measurement of Radium in the liquid sample, the sample is flushed with air which removes the dissolved Radon from the sample. Thereafter, fresh Radon build up is allowed to take place due to decay of Radium. This Radon is again collected in a Lucas cell for subsequent measurement.

Model PSI-RBS 1 is a specially designed Radon Bubbler which is very useful for measurements of Radon as well as Radium in liquid samples. It is made of corning glass with a leak free sintered disc, airtight joints and PTFE bore glass stop cocks. Leak proof couplings for gassing and degassing of samples as well Radon sampling to Lucas cells are provided in the system.

The bubblers can be mounted on the specially designed bubbler stand. The stand has two machined acrylic disc mounted on a central axel and a heavy base plate. The bubblers are held on the machined slots of the discs with Velcor strips for easy removal and fixing. The stand can be rotated around a central axel rod thus making emanometric sampling process very convenient. Each stand can hold 10 bubblers.

We take pride in being one of the leaders in providing comprehensive services in the specialized field of Air Pollution Monitoring. We have carved a niche for ourselves by catering to the air pollution monitoring needs of Indian industries through our feature-rich state of the art instruments and technical support.